Vision...Now and in the Future

It is a step of faith to once again answer the call to the nations.  After fifteen years of pastoring at the beach it often seems more like a leap of faith to completely transition into itinerant ministers.  But, we are fully persuaded that we are hearing from the Lord and that His grace is sufficient to send us to many “Ends of the Earth” locations.  Doors are swinging open in the States to minister in Churches, preaching the uncompromised Word with signs following.  And plans are already being implemented to visit missionaries and national pastors in Honduras, India, Nepal, Peru, the Philippines, Russia, and Thailand.  These are some of the nations we’ve preached in before and we’re excited about going back, and working together with the AFCM Missions Team to strengthen and further establish our network of missionaries.   We also look forward with great anticipation to connecting with missionaries and national ministers in the “regions beyond”; working together to impact tribes and language groups as yet unreached with the Gospel. We see in Revelation chapter five that all God’s family will one day sing together around the throne:

Revelation 5:9
And they sang a new song, saying:
"You are worthy to take the scroll,
And to open its seals;
For You were slain,
And have redeemed us to God by
Your blood
Out of every tribe and tongue and people and nation.
Our Father loves, desires, and even craves those for whom He sent His Precious Son to redeem. Jesus gave His life; shed His blood for the sin of the whole world.  Every people group is like one of His children whom He dearly loves, but there are some He has yet to have the joy of embracing even once. The Holy Spirit will draw them as we go where He sends us.  We know the love of the Father compels us.  We are believing for open doors, connections, and strategies, so people may be reached and His will be done. The Father is waiting for His children to come to Him.

Ends of the Earth Ministries 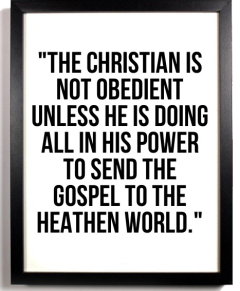